As you all know, we are in the worst recession since 1937.
The situation is dire.
Banks are trading for less than Starbucks.
AOT has rushed here to save the financial system.
Our plan will follow in the coming weeks.
We are still hammering out most of the details.
Let me assure you, this new plan is good.
It's just not done yet.
So we'll get back to you when it is done.
In the meantime, please listen to our new song:

We have provided an approximation of the lyrics:

I pledge allegiance to the Flag of the United Banks of America
Fannie, Freddie, AIG
Where do they get the authority?
Wells Fargo, Bank of America
JP Morgan Stanley and Chase
WAMU, Countrywide, IndyMac
OH NO!
It's the Super Lehman Brothers
Riding on the back of the Meryll Lynch bull
Bear Stearns knocked the bull on its ass
shorting stocks like Douglas Kass
Whenever I make money, somebody loses money!
SRS
SKF
SSG
QID
SDS
DXD
If I'm gonna make money, somebody loses money!

Pelosi, Reed and Barney Frank
Love the Fed more than you and me
George Bush and Henry Paulson
spent all our currency
The former head of the New York Fed is now in charge of the IRS
Tim Geithner takes your taxes
but he doesn't pay his own
you don't need an RTC
all you need is AOT

We can only hope this will create a more open dialogue about what is really going on in the world economy.

PC
Posted by Productive Citizen at 10:29 PM No comments:

At least the global financial shitstorm is allowing for some comedy...

PC
Posted by Productive Citizen at 9:42 PM No comments:

Just when we think we are done talking about China, a friend sends us this story...

"BEIJING, China (CNN) -- A married Chinese businessman who could no longer afford five mistresses held a competition to decide which one to keep.

But the contest took a fatal turn when one of the women, eliminated for her looks, drove the man and the four other competitors off a cliff, Chinese media reported.

The spurned mistress died and the other passengers were injured, the reports said.

Police initially thought the car had plummeted off a mountain road in eastern China on December 6 by accident. Then they learned of the contest through a letter the dead woman had left behind, the Shanghai Daily newspaper said.

The 29-year-old woman, identified only as Yu, was a waitress when she met the businessman at a restaurant in the coastal city of Qingdao in 2000.

At the time, the businessman, identified only by his last name -- Fan -- was married and had four other mistresses, according to the Peninsula Metropolis Daily newspaper in Qingdao.

The women knew of one another, but none elected to break up with the man and give up their rent-free apartment and a 5,000 yuan ($730) monthly allowance, the reports said.

When the economy soured, the businessman apparently decided to let go of all but one mistress.

He staged a private talent show in May, without telling the women his intentions. An instructor from a local modeling agency judged the women on the way they looked, how they sang and how much alcohol they could hold, the Shanghai Daily said.

The judge knocked out Yu in the first round of the competition based on her looks. Angry, she decided to exact revenge by telling her lover and the four other women to accompany her on a sightseeing trip before she returned to her home province, the media reports said.

It was during the trip that Yu reportedly drove the car off the cliff.

The four other women left him, as did his wife when she learned of the affairs."

Looks: How can you have a mistress if she isn't hot?

Singing Ability: A mistress has to be able to frequent a karaoke bar and hold it down.

Alcohol Tolerance: Now this one is tricky, as most hot, Asian women are skinny and have problems metabolizing their booze. Still, a man has to have his priorities.

Now the last point I will make: Who gets in a car with a girl whose life you just ruined? Especially with the other women you rejected her to be with. Mr. Fan exhibited a fine example of random stupidity, which will be forever immortalized in our blog.

Kudos to China, we will keep eating this crazy shit up...

PC
Posted by Productive Citizen at 12:35 PM No comments:

From half of the guys that brought you Mister Ballonhands,
It's Crystal Cat!

PC
Posted by Productive Citizen at 11:01 AM No comments:

I thought you were a rocket scientist!

"The thumbs down in the we-knew-it-had-to-happen-sooner-or-later category occurred this week 500 miles over Siberia: the first recorded space collision between two satellites. According to news reports, a working U.S. Iridium satellite on contract for commercial and Department of Defense work plowed into a one-ton defunct Soviet military satellite. The collision spewed space debris over 300 to 800 miles and could pose a danger to other satellites. Perhaps even more predictable than the crash was the response from the Soviets, who suggested NASA and Iridium could have avoided the crash by adjusting its orbit. “It could have been a computer failure or a human error,” a Soviet space expert said, “It also could be that they were only paying attention to smaller debris and ignoring the defunct satellites.” Why don’t you watch where you’re going with that heap of junk? No tickets were issued."

Gotta love those cold-blooded Russians, and wow, if you needed to know that Motorola was hurting there you go...

PC
Posted by Productive Citizen at 8:09 PM No comments:

Happy Birthday to Me.

I am 28, and I gotta say that last year felt like 30 years... The older I get, the more responsibilities I face. I am grateful to the giant donut in the sky for giving me all the opportunity to succeed and live in a country with 24 hour drive thru hamburger joints. I thank the giant donut in the sky for all Cleveland sports, for the University of Michigan, for WRA, CCDS, and all other things that have formed who I am. I will continue to make electronic music as it is my religion to do so. Thank you giant donut for saving me in 2006 when I had my near fatal car accident.

And Thanks to all my readers, friends, family and Earl Divx...

PC
Posted by Productive Citizen at 6:26 AM No comments:

China Copies 30 Rock Fireworks Episode (just like everything else) 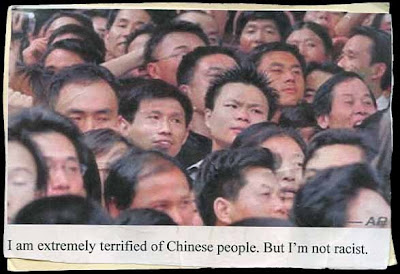 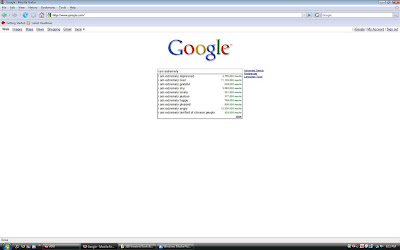 PC
Posted by Productive Citizen at 8:57 AM No comments:

Pets Who Want to Kill Themselves

PC
Posted by Productive Citizen at 7:31 AM No comments:

This is a link to a website that appears to be about milk.

Be the Next Happy California Cow!

PC
Posted by Productive Citizen at 9:15 AM No comments:

Away Messages (an infinite series)

Only a married guy could have this away message:

"Thanks Obama for signing the Womens Equal pay bill which allows stupid bitches that I choose to fire to sue me 5 or more years after the fact for no reason.. You're a friggin asshole. Thankfully tort lawyers will continue to rake in the dough screwing us as always"

Where to start with why this is wrong? How about lumping all women as "stupid bitches?" Or perhaps the fact that this guy barely employs any women to begin with. It is one thing to disagree with policy, but to blindly spit out hate is exactly what is wrong with the direction of this country.

If you want to voice an intelligent opinion about politics check out our new blog...
www.ifyouwantmyvote.com
PC
Posted by Productive Citizen at 8:04 AM No comments: